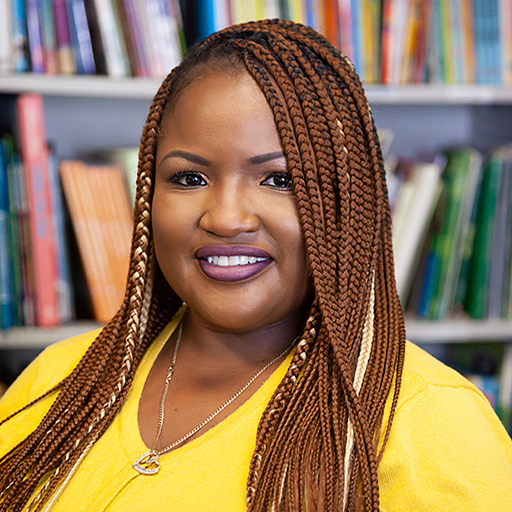 Christie is one of the Mentor Teachers at Educare Chicago.

Having been in the Early Childhood Education field for over 22 years, she has held roles ranging from Teacher’s Aide to Site Director. Christie began as an educator in the classroom, having experience working in all classrooms from birth to five as well as school-age.

She holds a master’s degree in Early Childhood Education Administration and Supervision from National Louis University, a bachelor’s degree in Early Childhood Education from Ashford University, and an Associate of Arts degree in Child Development from Richard J. Daley College. Christie has also obtained a Master’s Certification from Erikson Institute as an Infant/Toddler Specialist. Other qualifications include a Level 6 ECE, a Level 5 Infant Toddler, and a Level 3 Director’s Credential from Illinois Gateways to Opportunity as well as a National Director’s Credential from the McCormick Center of Early Childhood Leadership.

Christie is the proud mother of three incredibly insightful children.